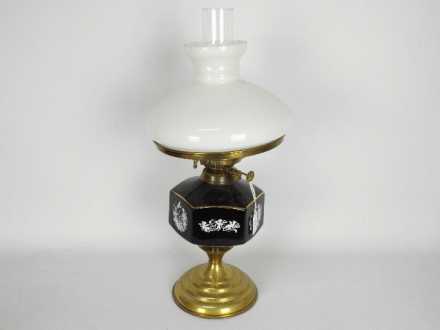 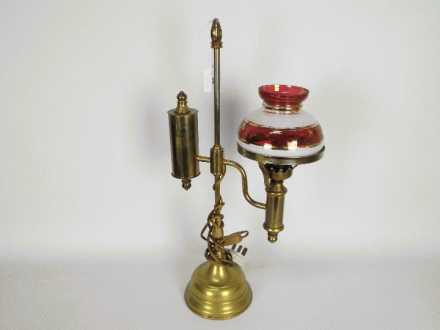 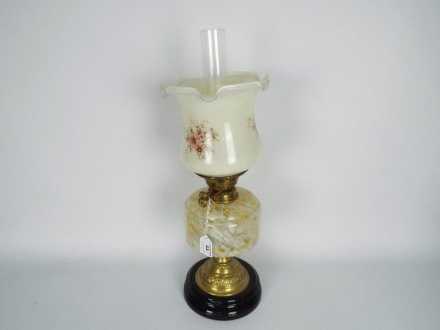 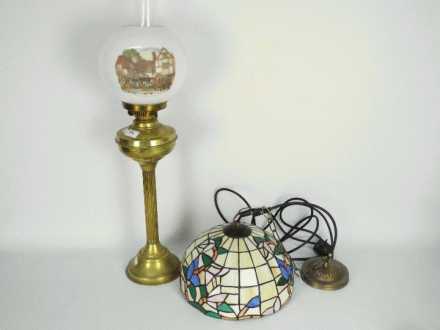 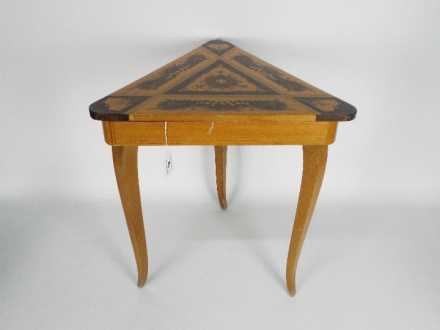 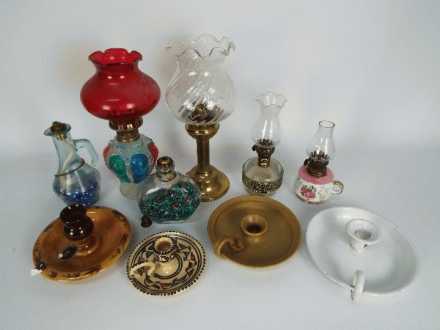 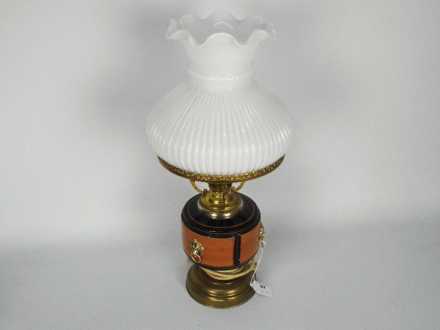 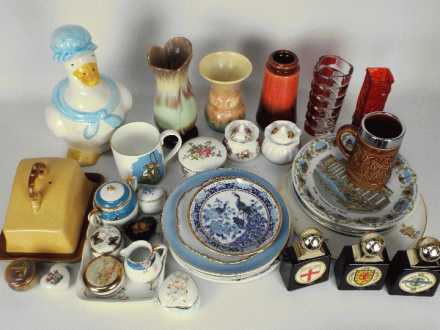 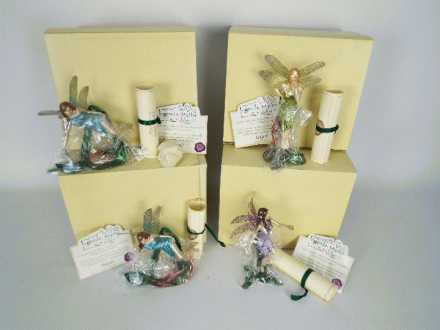 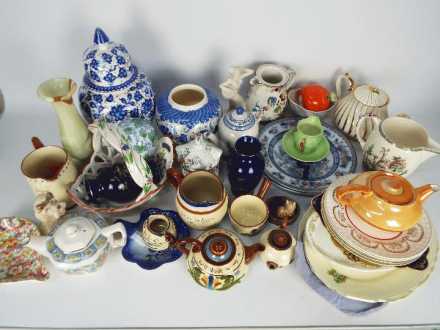 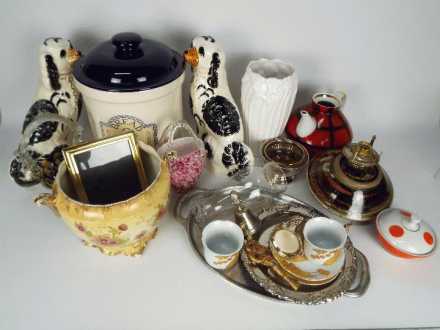 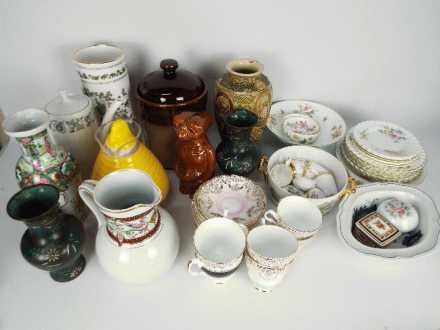 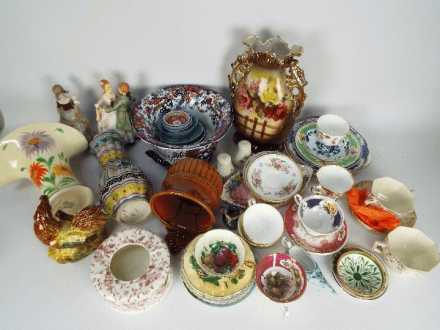 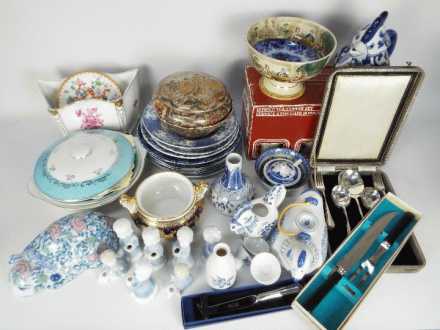 Lot number 89
Two boxes of mixed ceramics to include blue and white, Chinese, Japanese and other. [2] 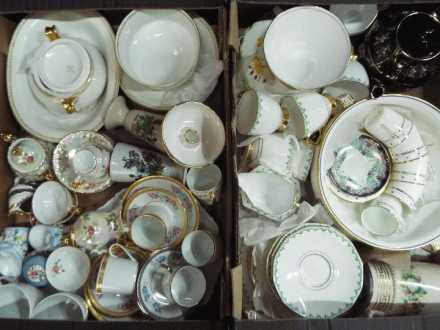 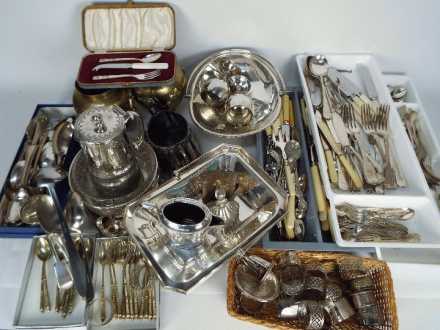 Lot number 92
A collection of plated ware to include flatware (with some stainless), napkin rings and other and a small quantity of brassware, two boxes... 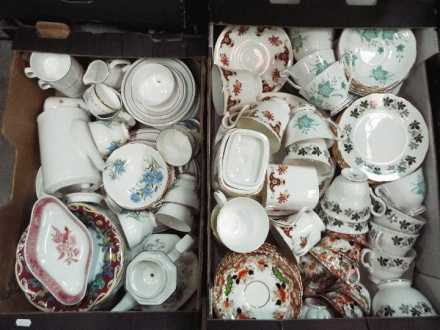 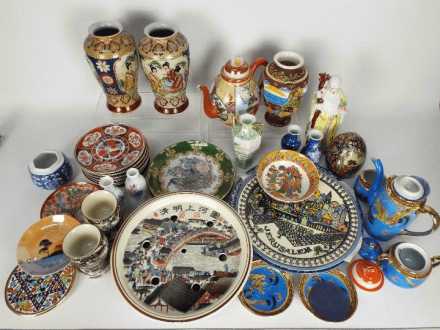 Lot number 94
A mixed lot of Oriental ceramics to include vases, tea wares, plates and similar. 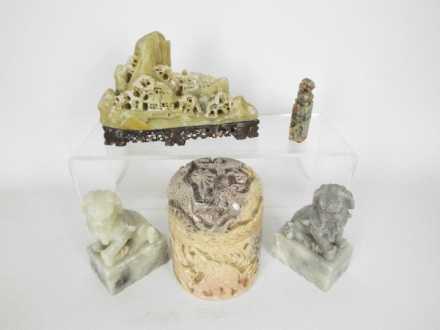 Lot number 95
Soapstone group to include a pair of Guardian Lions, landscape carving, small sea and a lidded pot. 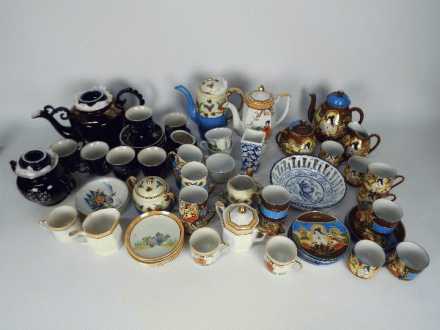 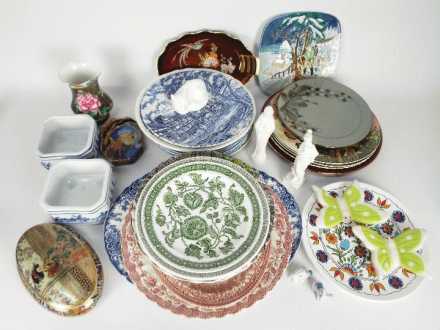 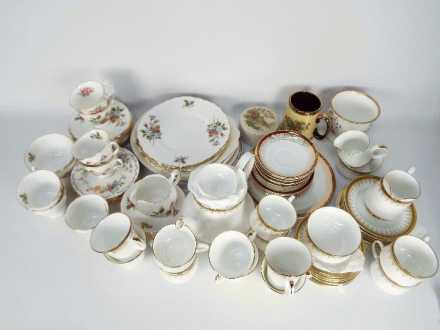 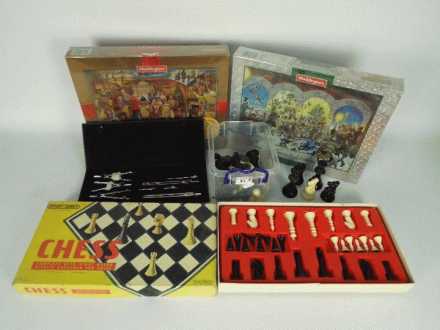 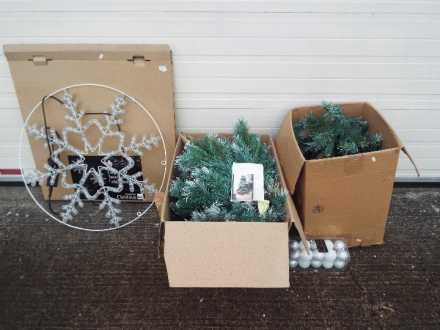